Servo-drives and when to use them 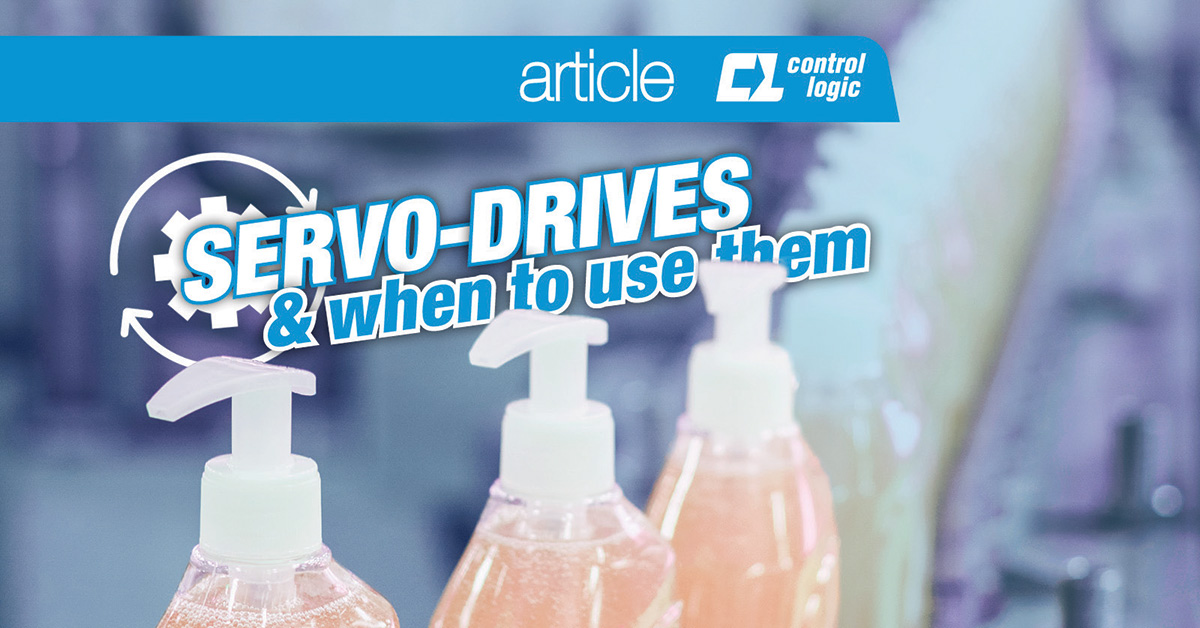 Servo-drives and when to use them

Technology advancements in AC motor control today, have pathed away for Variable Speed Drive (VSD) to be used instead of the more traditional servo-controls. But before you splash out your cash on traditional and seemingly cheaper AC VSD controls, this article aims to provide insight into the application of servo motor control and where to avoid the shortfalls of VSD.

Not disputing, VSD’s for AC motors are the best-used technology for applications with pumps, fans, mixers, crushers, compressors, and extruders. There are many other applications that blur the lines, but there is a simple way to tell the difference between a motor drive and a servo-control.

A servo can power a motor to a precise stop from ridiculous speed, Compare this behavior with that of a motor powered by a drive: motors generally coast to a stop based on the load inertia and time constants of the braking resistor. Put another way, the shaft of a motor powered by a servo-control can stop at a precisely defined position. Or, for that matter, synchronising speed precisely with moving material, such as a continuous linear cutting machine where the guillotine moves with the material to ensure fast-flowing material output. Moreover, it can accelerate and decelerate with equal precision. The technical explanation for this difference in behavior requires a more costly four-quadrant VSD with bidirectional current capability.

Four-quadrant operation refers to the concept that speed and torque can be independent. During forward velocity, it is possible to apply torque in either direction of rotation or against it. The latter case might come in handy for overhauling loads and in situations demanding fast deceleration or braking.

There are usually substantial benefits to an all-servo system that may not be apparent until after commissioning the machinery. Because a VSD accelerates and decelerates at a different rate than a servo, the system starts and stops may produce some out-of-tolerance or scrap parts. If all axes are servo-controlled, parts produced during acceleration and deceleration will be as precise as those at running speeds. Servomotors are significantly smaller and weigh less than equivalent AC motors. Sometimes the reduced size and lower inertial mass will substantially improve application speed and throughput. In cases where vector drives are candidates, the cost differential can be as low as 10 to 20%. Here the benefits of the servo method can provide substantial savings from lost time in production or repairs.

The dynamic response is one of the most challenging dimensions of performance to define. The dynamic response represents how quickly the speed of the motor and drive can stabilise after a load disturbance. For instance, suppose a 20kg bag of dog food drops on an empty conveyor with a 20kg capacity. This changes the load instantly from 0 to 100%. The conveyor should slow momentarily and then return to the set speed. The time the conveyor takes to reestablish its set speed is a function of the drive dynamic response.

Vector drives can typically handle this reasonably well, although considering torque output is proportional to the current input. Using the input-output model of the motor and drive, then dynamic response resembles the current-rate-over-time (dI/dt) used to specify the operating limits of the servo output stage. It is not uncommon for servo drives to exhibit rate-of-rise that is 50 to 100 times more than VSD’s. This in-rush current primarily sets the speed at which the servo drive can accelerate or decelerate a load, and thereby produce near-perfect repeatability.

Both VSD’s and Servos have dual feedback loops, the inner loop which uses current and voltage relationship to gain the means of controlling the motor velocity. The outer, or position loop, can sometimes be mathematically derived from the velocity loop. But for applications requiring a great deal of accuracy or displacement, discrete external feedback devices such as encoders are required on the motor shaft or moving load, or both.

As the load speed increases, the time available to control the motion drops proportionally. If the controller is a PLC, then its execution time enters into calculations of the position loop update time and accuracy. For example, suppose the PLC takes 20 msec to update the position control portion of the application. The question becomes whether 20 msec is acceptable given the speed of the moving parts.

Feedback rates also increase as speed rises. This has an impact on the selection of control hardware. Feedback rates in the megahertz range are expected in most high-performance motion control equipment. But some low-cost controllers and PLC-based modules limit input frequencies to 250 kHz. High-resolution feedback devices can easily exceed these rates.